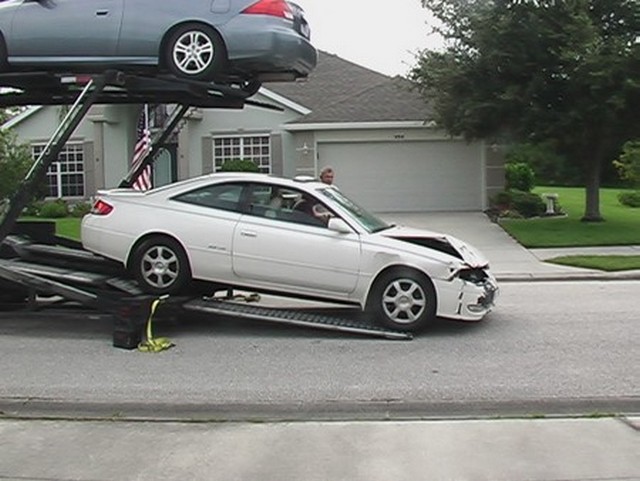 Say hchhello to my leetle friend!

So here is the donor car being unloaded from the truck. I can't believe that was 4 years ago! Man I've been working on this too long. 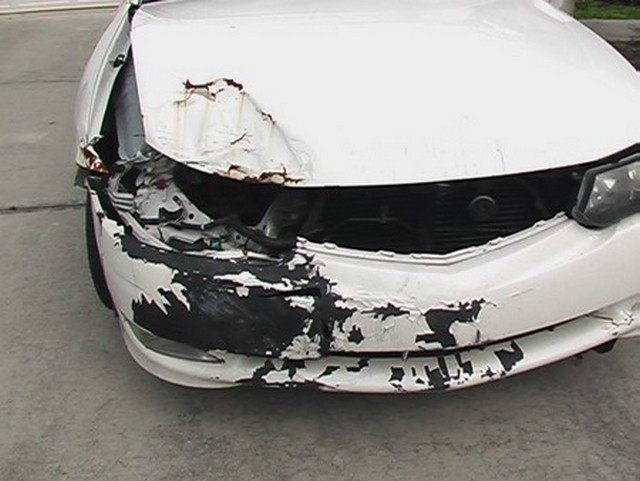 I looked a long time to find a V6 Solara with a manual transmission. I finally found one on eBay. I bought it from a place called TCK Auto Center in Pennsylvania. I had to arrange my own shipping, but they were pretty cool about everything else. The shipper I used was UnitedRoad. I did a bunch of research online and it seems that a good shipper at a reasonable price is hard to find. At first they didn't answer their phone, but once I talked to a human, the arrangements went pretty well. The car was picked up in a timely fashion and was delivered in a timely fashion. The driver called me the day before and said he would be there at noon. Three o'clock came around before he called to tell me he was 55 miles away. Despite this, I was pretty happy with the service considering some of the horror stories I read about online where the car wasn't picked up for a month and took forever to arrive, etc. 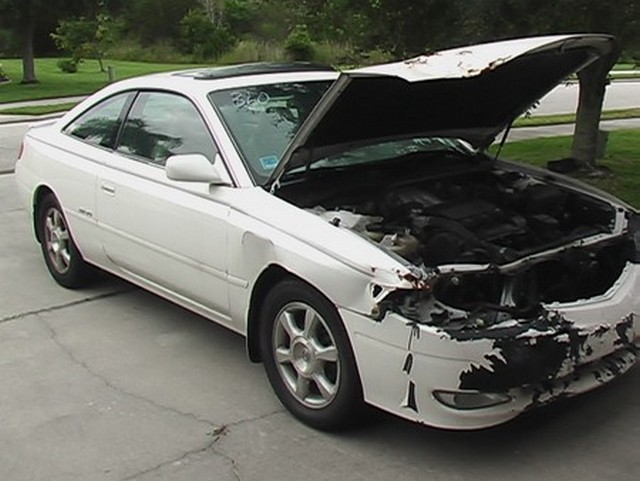 Enough of that. Here are the details. It is a 2002 Toyota Solara. For those of you that don't know what that is (and haven't read the rest of my website), it is a 3.0 liter, V6, 24 valve, quad cam powered version of a Camry. The engine designation is a 1mzfe without VVTi. The VVTi version is newer and has more horsepower, but was not available in a manual transmission model. Except for the headlights, front bumper, automatic trunk popper and of course, the accident damage, this car is identical, mechanically to my wife's Solara. This makes the engine swap into the Corolla that much easier, since I will be able to consult her car and the associated documentation as needed if something doesn't seem right. 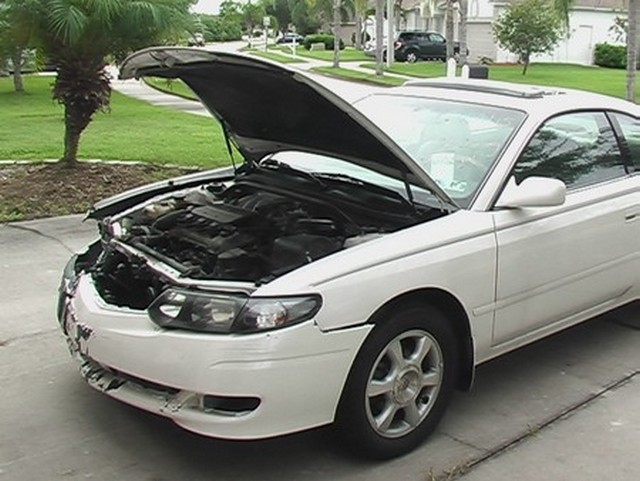 The car has 134,000 miles on it. This is more than I had hoped, but it is just about perfect in all other respects, so I will just have to live with that. In addition to the normal stuff, the car also came with a quick shifter. Since I have one in the Corolla that I don't expect to replace, this should slot nicely into my wife's car. This is a very good thing since her shifter has the worst feel of any car I have ever driven. 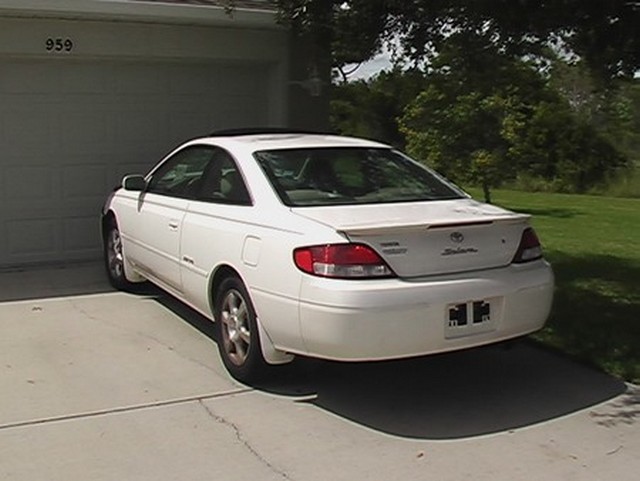 The donor car also has the same color interior which means that a few little broken bits on my wife's car can also be replaced with no color matching problems. The car runs strong. Stronger than my wife's car, which means I will definitely have to revisit my tuning on her car. There was even a music CD in the engine compartment that seems to play just fine. 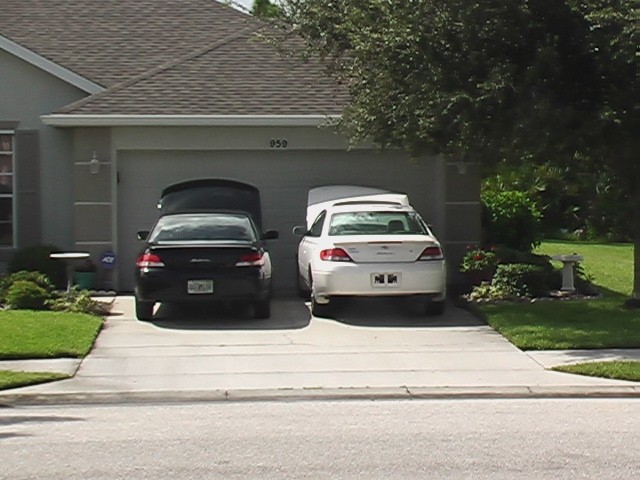 Here are the two cars side by side. Brother and Sister. Yin and Yang. Abercrombie and Fitch. Chocolate Chip and Mint Ice and Cream. Sex and . . . well, I think you get it.

It's hard to tell from this picture that the black one is lowered. White is one of my least favorite colors for a car, so I definitely prefer the black one. 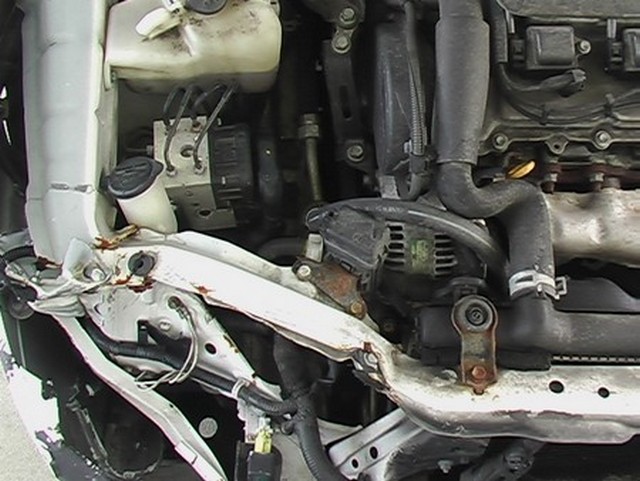 Here is what the damaged area looked like. Despite that kink in the radiator hose, the car idled in my driveway for about 30 minutes without overheating in 92 degree heat. The air was ice-cold too. 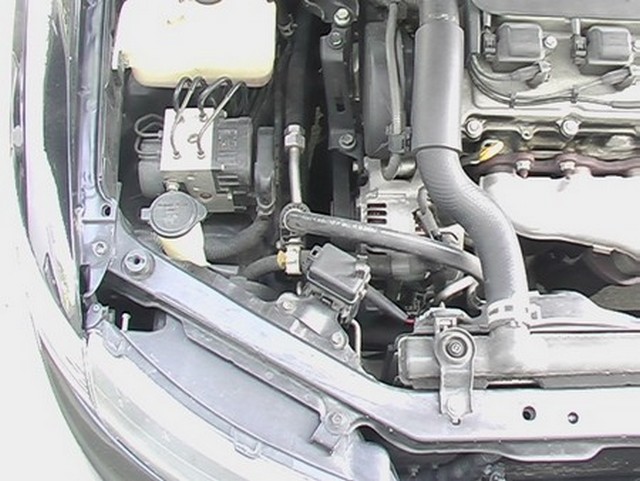 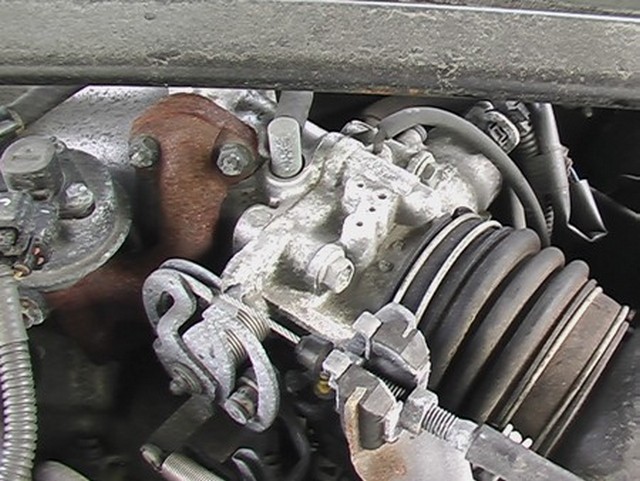 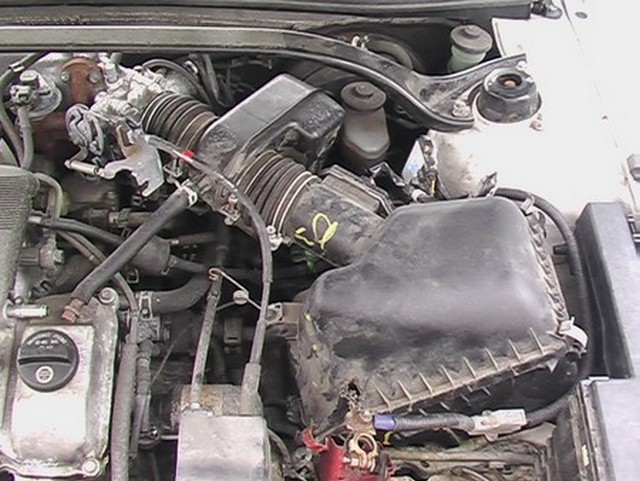 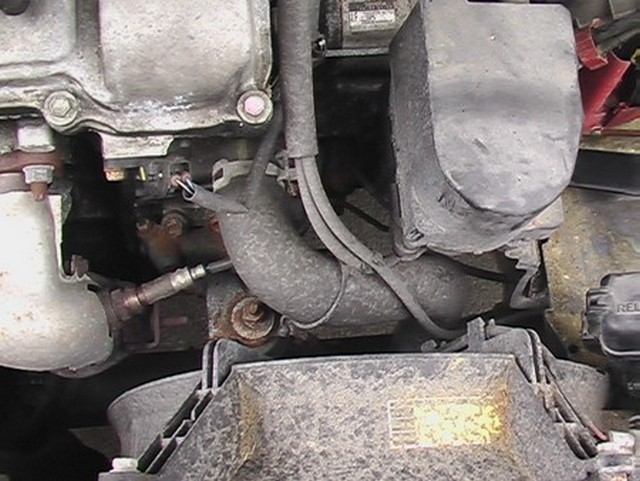 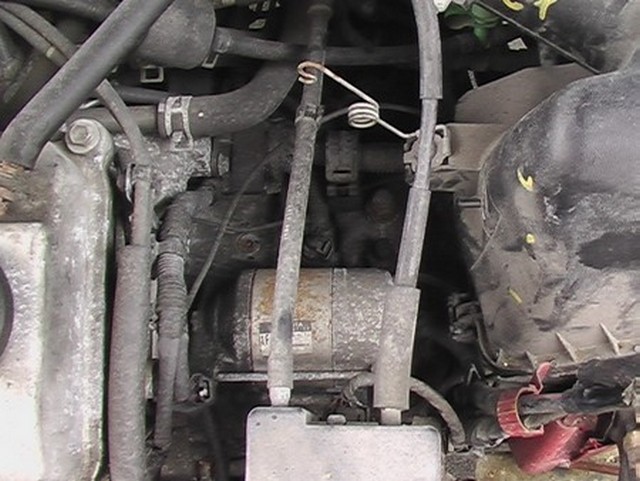 As you can see from the pictures above, there was a fair amount of corrosion on the donor car. Florida is very moist, but clearly having salt thrown on the roads up north is far worse for corrosion than even Florida humidity.